This Social Security Pit Could Be Costly and Stressful 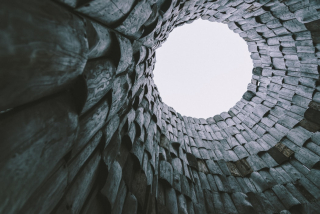 A cautionary report about a man who simply wanted to apply for Social Security appears in a recent article from Forbes, “A Social Security Application Mistake or A Malicious Policy with Frightening Consequences?”

Last September, a man who turned 70 in November called the local Social Security office to request that his benefits be initiated when he turned 70. The Social Security employee explained to him that if he took his benefit early, he would receive a six-month retroactive payment. The problem with taking this retroactive payment, is that it establishes an earlier start date for monthly benefits. It, therefore, reduces the monthly benefit that is received for a lifetime, and eliminates the entire reason for delaying taking benefits until age 70.

The gentleman said no. He knew that this would give him more money in the short run, but less over the long haul. The article reports that Social Security seems to have a policy of contacting people close to age 70 and offering to start their benefits retroactively. This may save Social Security some money but creates a world of problems for recipients.

The man stuck to his guns, insisting that he did not want the early benefits and wanted his retirement benefit to begin on November 2019,.This meant that his first check would arrive in December 2019. Social Security benefits are always one month behind.

For whatever reason, he maintains that the Social Security employee did the exact opposite of what he wanted. She specified that his retirement benefit should begin nine months before he called, dating back to January 2019. Ever since then, the man has been trying to undo this mistake. Here’s what happened as a result:

A lump-sum payment was directly deposited into his bank account in October 2019.

He went to the Social Security office and filed a form to withdraw his initial benefit application, requesting to start his new retirement benefit as of November 2019. He was told to repay the lump sum, but to wait until he received a letter from the Mid-Atlantic Program Service Center in Philadelphia. The letter arrived December 3, and he sent a check for the exact amount and included a copy of the letter.

In October, Social Security stopped automatically deducting his Medicare Part B premium from his checking account. He realized this and began sending Medicare the premium directly. Had he not done this, he could have lost his coverage entirely.

On Feb. 20, he received a letter from Social Security stating that he could be paid the correct amount.

He immediately sent a letter requesting Social Security to immediately initiate the correct payment and to send him a corrected 1099, since he had received a 1099 from Social Security, indicating that he needed to pay federal and state taxes on the lump sum that he had wrongly been sent.

It hasn’t gotten much better for the man. Incorrect amounts have been reported to the IRS, Social Security has not sent corrected 1099s, his past benefits have not been corrected and a series of directly related issues have been created with Medicare. Meanwhile, his wife is seriously ill, and this has led to more stress than either of them needed.

Be careful when applying for Social Security benefits, and document every step of the way, just to be sure.