« Do Unmarried Couples Need Estate Planning? | Main | How Should I Prepare for My Child’s Future? » 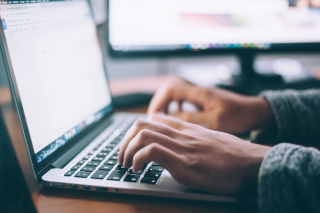 A court order requires an online blogger, Anthony Elia, to stop talking negatively about Britney's conservatorship, as well as republishing, distributing, or disseminating posts. The man also can’t authorize or ask third parties to do so for him.

Yahoo Entertainment’s recent article entitled “Britney Spears' Dad Wins Injunction Against #FreeBritney Blogger” reports that last summer, after getting death threats, Britney Spears' dad, Jamie Spears, sued Elia on behalf of Britney's conservatorship, claiming the blog and its social media accounts defamed him and the rest of the entertainer's team. According to court documents, Elia was accused of falsely stating that Britney's team was "using her social media in a way to negatively portray her and do her harm."

Britney’s conservatorship asked the court for unspecified damages, due to the alleged damage done to the conservatorship’s "business, occupation, reputation as conservator, and standing in the community."

"It is time for the conspiracy theories about Britney Spears’ well-being and the mob #FreeBritney movement to stop," the court document stated. "Elia has made it his mission to spread numerous false and malicious lies on the Internet about Britney, her conservatorship, and her team, including that those around Britney are harming her and not acting in her best interests. It is clear that, without any actual information about Britney and what is or is not in her well-being, [he] has made it his agenda to ensure that Britney is no longer in a conservatorship."

All of this uproar happened after Elia and fans started the #FreeBritney movement, in which they said she was being held against her will. In one incident, Elia’s blog accused Britney's team of only leaving negative comments on her Instagram "to keep up the illusion that she needs help," and also said they were deleting positive comments.

"They were all so quick to remove all comments before, but now all the sudden they are leaving all negative ones but removing positive ones!" a post from the blog's Instagram account claimed. "How much longer is this going to be?!? This has to be human rights violation!!!! #FreeBritney."

"We unequivocally deny the absurd allegations that we have promoted negative statements or deleted positive posts from Instagram and are considering appropriate action," Britney Spears' reps said in a statement.

Last fall, Jamie temporarily stepped down as his daughter's conservator due to health issues. A judge approved the request and appointed Britney's longtime care manager, Jodi Montgomery, as her new conservator until Jamie recovered.