« Why Minors Should Not be Named as Beneficiaries | Main | Having Vets Train Service Dogs Makes Good Sense, But It’s Not Law Yet » 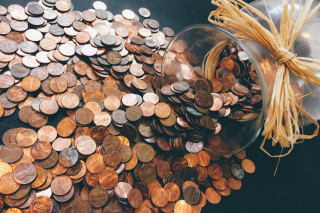 The only thing known about Paul Allen’s intentions for his fortune, estimated to be in the area of $20 billion, was that he intended to give away much of it. He was interested in everything from nonprofits, fine art, science and pop culture, among many other endeavors. It’s been a little more than a year since the died, and little is known about what is happening with his estate.

The Seattle Times’s recent article, “What’s happening to Paul Allen’s billions? A year after his death, it’s complicated” says that it can take years to unwind holdings like Allen’s.

The process of giving away as much as $10 billion or more of his estate falls to Jody Allen, trustee, sister and, with her family, sole heir.

Jody Allen “has responsibility for preserving and implementing Paul Allen’s vision for generations to come,” says her biography on the website of Vulcan, the business they co-founded that serves as the hub of the Allen empire.

Jody’s specific intentions are not known outside of her inner circle. However, the expectations are great, based in large part on Paul and Jody Allen’s record of philanthropy. Paul gave away about $2 billion, while he was alive.

The sale of Allen’s cash-consuming assets, like yachts or space ventures, is a regular task in cleaning up an estate, so that when it’s time to distribute cash, there’s liquidity.

However, this clean-up can take several years for estates of this size. Estates have up to 15 months from the date of death, including extensions, to file estate tax returns.

For estates this size, the executor must pay estimated taxes, which can be as much as 52% of assets that are not being donated to nonprofit organizations. Major distributions cannot be made until both federal and state tax officials sign off. Once that occurs, the executor will be able to move forward with distributing assets or whatever the estate plan directs.