« How Can You Get Ready to Retire? | Main | Ashton Kutcher Says His Kids Will Learn the Value of Hard Work »

What’s the Real Deal with Retirement? 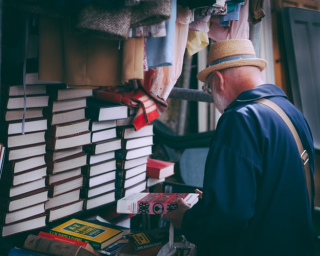 Retirement always seems so far off in the future, until it’s just around the corner. Maybe that’s why many people who could save, don’t. Just in case you thought that everyone but you has a solid gold nest egg in place, think again, says Investopedia’s recent article, “6 Surprising Facts About Retirement.” Consider your situation compared to the facts shared here.

1. Retirement May Be Far Longer Than You Think. The average American will retire at age 66 and live until about 79. However, many will see their retirement last much longer than 13 years. A 65-year-old woman has a 50% chance of making it to age 85, and a 65-year-old man has a 50% chance of reaching age 82. This is why younger people need to plan for 20 years or more of income in retirement. For current retirees, an ultra-conservative portfolio composed solely of bonds may not give them sufficient growth, especially with interest rates so low.

2. Social Security Likely Won’t Be Enough. Many experts suggest replacing 80% of your usual income once you hit retirement. However, for many, Social Security payments alone won’t be nearly enough to hit that target. In 2019, the average monthly Social Security benefit is just $1,461. That’s just $17,532 per year.

3. We’re Waaaay Behind on Savings. Americans are quite far behind on saving for retirement. When the American workplace turned away from pension plans, workers needed to be responsible for securing their retirement funds. We’re not doing it: according to thestreet.com, in 2019 a typical couple in the 56-to-61 age bracket without any retirement accounts had just $17,000 in savings. For many, that’s not enough to live off for a year, let alone a whole retirement. However, the mean retirement savings of working households age 32 to 61 is $95,776, according to the Economic Policy Institute. 35% of workers have $100,000 or more saved for retirement.

4. Just Half of Americans Have a Retirement Plan. Today, the median annual pension amount for the fast dwindling number of Americans who have the old-fashioned defined-benefit plan is less than $10,000, according to CNBC.com.  However, many of us aren’t replacing those pensions with a contribution plan, like a 401(k). Almost half of the population (43%) has no workplace savings vehicle of any kind in 2019, according to Bloomberg.

5. Many People Are Staying in the Workforce. Because so many Americans are behind in their savings, it may not be surprising that many remain in the workforce well after reaching Social Security eligibility. Almost 19% of people 65 or older were working either full- or part-time, as of 2017. Consider this: about 20% of workers overall say they’ll never be able to retire!

6. Medicare Doesn’t Pay for Assisted Living. Nearly 70% of individuals who reach age 65 will require long-term care at some point. What many seniors don’t know, is that Medicare doesn’t pay for most long-term care costs. It only covers 100 days of care at a skilled nursing facility, and only if it was preceded by a hospital stay of three days or more.

Begin your analysis, by looking at the amount of money you’ll need for retirement, based on your current spending and the standard of living you want. Then look at your savings balances and how much you’re saving regularly.

Roughly 55% of Americans build their nest eggs with a regular savings account. However, that might not be good enough, because of the low interest rates. Savers should consider other investment vehicles.