Are We Less Generous, As We Become Less Religious? 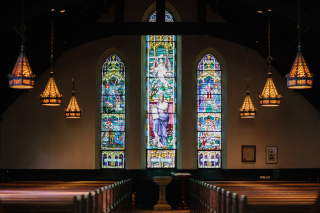 Apparently how people feel about faith has a lot to do with how likely they are to make charitable donations. Studies show that people who are extremely religious, regardless of their faith, are more likely to be generous and make donations to charitable organizations. However, as we have become a less religious country, we are giving less.

MarketWatch’s recent article, “Fewer Americans are giving money to charity (and it’s not just because they’re worried about money),” says that the percentage of U.S. adults who donated to charity dropped drastically between 2000 and 2016. That’s according to a recent study from the Indiana University Lilly Family School of Philanthropy and Vanguard Charitable.

In 2016, 53% of Americans gave money to charity. That was down from 66% in 2000. That was steady until the Great Recession, when it started to drop off and took a nosedive after 2010. The drop amounts to 20 million fewer households donating to charity in 2000, compared to 2016, which is the most recent year for available data.

A factor driving the decline is that Americans are becoming less likely to attend religious services or identify with a specific religion. Attending services is linked with giving to religious organizations.  However, it’s also correlated with giving to secular groups. Very religious people of any faith are more likely to give to charity, according to a Baylor University study. However, there are fewer very religious people now in the U.S. The percentage of the population who describe themselves as atheists, agnostics or “nothing in particular” is now at 26%. That’s an increase from 17% in 2009, according to 2018 and 2019 surveys by the Pew Research Center in Washington, D.C. Roughly 65% of Americans describe themselves as Christians, down 12% since 2009.

Religious organizations have traditionally received most of Americans’ charitable dollars, but that has dropped off in recent years. They still received the largest percentage of charitable dollars in 2018, at 29% of total giving, but it was the first year that giving to religion fell under 30% of overall giving, according to the Giving USA annual report on philanthropy.

America’s unsteady recovery from the Great Recession is a factor. Households led by people with less than a high school education, less than $50,000 in income and/or less than $50,000 in wealth (a household’s total assets) significantly decreased the percentage they donated to charity after the recession.

When boomers and Generation X started working, the percent of donations they gave to charity increased. However, millennials are not following that path. They entered the workforce during the worst economy since the Depression of 1929 and are extremely cautious about their resources.

Reference: MarketWatch (October 28, 2019) “Fewer Americans are giving money to charity (and it’s not just because they’re worried about money)”