« How Important is a Special Needs Trust? | Main | Why Should We Consider Titling Property as Tenants in Common? »

What Will This Year’s Cost of Living Increase Be for Veterans? 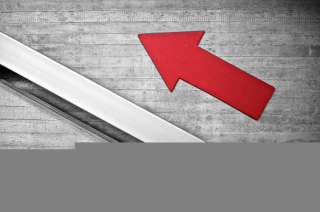 The annual Veterans’ Compensation Cost-of-Living Adjustment act was signed into law by the President recently. However, it won’t be as big as the last one received. A number of veterans benefits will have the same annual increase as Social Security recipients.

The measure is typically merely a formality—it passed Congress again this year with no opposition. However, the bill is required annual work for lawmakers, because federal statute doesn’t link annual COLA increases for the two separate payouts.

Legislative efforts in recent years to make the increases automatic for veterans haven’t been successful.

Navy veteran Elaine Lauria, D-Va., sponsored the measure. She termed it an important way for lawmakers to honor their commitment to individuals who served honorably in the armed forces.

“Providing quality benefits to our veterans and their dependents can change lives,” she said.

The official cost-of-living boost for Social Security beneficiaries won’t be announced, until next month. However, multiple analysts have said they expect it to be below the 2.8% adjustment awarded last year.

The annual COLA calculation is based on a series of economic indicators. This includes the private sector wage growth.

In the last ten years, Social Security recipients (and those getting veterans benefits) have had no annual increase three times. It has only gone above 2% twice in that time.

The link between the veterans’ cost-of-living increases and the COLA for Social Security usually comes later in the fall.

This year, because of the federal calendar and timing for check distributions, veterans won’t see these increases until December.

Reference: Military Times (September 30, 2019) “Veterans benefits will see a cost-of-living bump this year, but how much?”