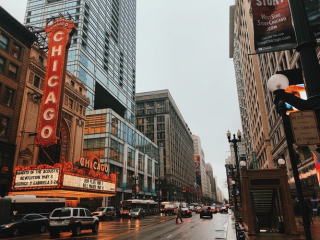 Kudos to Illinois State Senator Rachelle Crowe (D-Glen Carbon), who introduced a piece of legislation that denies an inheritance to anyone convicted of physically assaulting an elderly family member.

Wealth Advisor’s recent article, “New Illinois law denies inheritance to those who abuse elderly family members,” says with the current Elder Abuse and Neglect Act, an individual who is convicted of financial exploitation, abuse, or neglect of an elderly person is prohibited from benefitting from the victim’s estate.

Senator Crowe’s proposed legislation broadens the law to include assault, aggravated assault, battery and aggravated battery against anyone over the age of 60.

“It’s disheartening that we need legislation such as this to prevent family members from taking advantage of their elders,” Crowe said.

“Seniors are targeted every day for their estate, and I’m proud to put this legislation forward to prevent abusers from benefitting after committing this serious crime.”

“Every day, we see the devastating effects of abuse of senior citizens, often by family members,” said Tom Gibbons, Madison County State’s Attorney. “I’m thankful to Senator Crowe and our legislators passing this important measure to prevent abusers from profiting from their abuse.”

Crowe has worked on other protective legislation for the elderly. She has created Illinois’ Elder Abuse Task Force. The state senator plans to be a member of the task force and to study senior mistreatment and protective services and laws. The task force will then report the findings back to officials.

“We hope not to merely punish cruelty, but to deter it with this law,” said Crowe. “The message for abusers should be clear: You get nothing.”

More states are recognizing the growing problem of elder financial abuse, as the baby boom generation ages and wealth is transferred across generations. Laws like this are a clear indication that legislators are aware of the increasing cases of abuse and the need to create stronger laws to protect seniors.

The 22 member panel that are investigating the Elder Abuse issue here in Illinois meet only for 1 1/2 hr. every 3 months. The meeting is a waste of time for everyone because based on what I observed the members of this panel come in 15 to 20 minutes late and then they visit with their friends. The Illinois Department on Aging Director Paula Basa is a joke, she has no intention of handling matters pertaining to the D.O.A., she just likes the title , the paycheck and the benifits. She don't give a damn about the Senior's of this state and what they are going thru, ELDER ABUSE and FINANCIAL EXPLOITATION.