« Small Business Plans to Prepare for the Unexpected | Main | When is an Irrevocable Trust Revocable? » 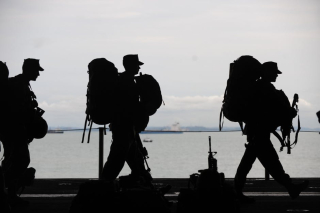 A landmark lower court ruling that “blue water” Navy veterans who served during the Vietnam War deserve to be included in the Agent Orange Act, will not be challenged by the Justice Department, which conveyed this to the U.S. Supreme Court on June 4.

According to The National Law Journal’s recent article, “Justice Department Will Not Challenge Benefits for Blue Water Navy Vets,” the decision by U.S. Solicitor General Noel Francisco ended months of uncertainty for tens of thousands of former service members or their survivors, who may now be eligible for benefits for their exposure to Agent Orange.

In January, these blue water Navy veterans, who served on ships within the 12-mile territorial sea of the Republic of Vietnam, won their case in the U.S. Court of Appeals for the Federal Circuit. The court held that the Agent Orange Act of 1991 includes those veterans. Until that ruling, these vets had been denied the presumption of Agent Orange exposure during the Vietnam War.

The Justice Department, in upholding the Department of Veterans Affairs’ interpretation, argued that the Agent Orange Act covered only those veterans who served on the ground or inland waterways of Vietnam.

The Federal Circuit rejected the Justice Department’s request to put its decision on hold while the government decided whether to appeal to the Supreme Court. Ever since, the Solicitor General has asked for several extensions from the Supreme Court, as he decided whether to appeal. A decision to appeal the Federal Circuit ruling would have brought out the Trump administration in a fight with Vietnam veterans and the head of the Veterans Administration.

Francisco’s decision not to appeal was announced in a motion to dismiss in another case in the U.S. Supreme Court—Gray v. Wilkie. That action also involved a blue water Navy veteran. The Supreme Court had scheduled February arguments in the Gray case but removed it from the docket at the request of the Solicitor General, who said this recent decision, if not appealed, would also give the relief sought by Gray.

Blue water Navy veterans in both the Federal Circuit and the Supreme Court cases had broad amicus support from veterans’ organizations and legal services groups, many of which were represented by major law firms.