« Before Saying “I Do” The Second Time Around, Make a Plan | Main | How Does a Spendthrift Trust Work? » 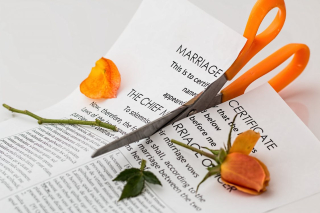 According to a recent article in Wealth Advisor, “Robert De Niro Prenup Breakdown Can Rock NYC Real Estate (And $500M Dynasty),” Grace Hightower is claiming that the revised pre-nup makes her a 50-50 partner in all of his post-marital success. De Niro’s wealth is estimated to be around $300 million. He’s also working on a $400 million real estate development partnership with his broker son Raphael.

Grace has been with De Niro one way or another since 1987. They were married 10 years later and almost split in 1999, only to reconcile five years later.

A big issue in the divorce, is the lack of a firm prenuptial contract protecting DeNiro’s fortune.

When the couple got back together, the terms were that she would get $500,000 in cash, along with what it would take to buy her out of the marital home. She’d also get an apartment, then valued at $6 million, as well as $1 million a year in upkeep. However, unfortunately for De Niro, the contact also apparently confirmed in writing that everything he made beyond that was a partnership, 50-50.

A good prenuptial contract should be reviewed, just like an estate plan. If it’s out of date, it should be modified to something more current and defensible. The actor may have only been worth $100 million then. Now that he’s at easily triple that net worth, the numbers no longer add up the same way.

Meanwhile, he’s in deep trying to renovate an entire neighborhood of Astoria into a Hollywood-style film production hub. Purchasing the land is costing close to $75 million.

It’s not all his money. His son Raphael (from a previous marriage) is a high-powered real estate broker lining up venture investors and adding his own funds to the project.

If Grace wants $50 million or even $10 million now, DeNiro and his son could have a problem. He may have to allow Grace to participate in the new project, instead of cash.

If not, he’ll have to borrow or liquidate properties to come up with cash.

We don’t know anything about how his real estate deals are structured, but it might be worthwhile just to hand Grace participation in the new project instead of cash. After all, 50-50 partners don’t bail when there’s millions—or billions—at risk.