« Is a Prenup Still a Sticking Point for Kylie Jenner and Travis Scott? | Main | What is MERP and Will It Impact My Estate? »

Is There a Succession Plan for the Cleveland Cavaliers and Dan 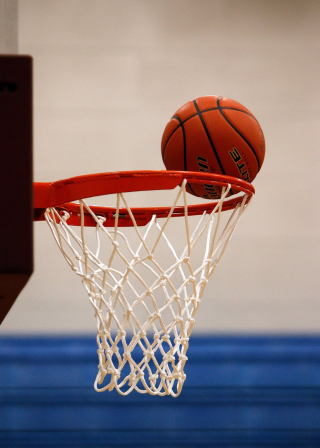 Fifty-seven-year-old real estate billionaire Dan Gilbert may fully recover from a stroke and devote decades to running his businesses and enjoying the perks of owning an NBA basketball team. However, the founder and chairman of Quicken Loans also may struggle for years to recover. What will happen to his sports teams and his businesses?

Crain’s Cleveland Business’s reports in the recent article, “Dan Gilbert situation raises sports team estate planning question,” that as sports teams have grown into billion-dollar businesses, the stakes have dramatically increased over the fate of ownership.

Sometimes, it can be quite complex when an owner dies, since some of them aren’t very clear on what should happen to the team when they die. Other owners have made elaborate plans that are run aground by estate tax issues or family politics.

Gilbert is in charge of an investment group that paid $375 million for the LeBron James-led Cavaliers in 2005. That investment has paid off with an NBA championship in 2016 that likely endears him to the people of a city that had been without any pro sports championship since 1964. Gilbert has now poached the popular University of Michigan basketball coach John Beilein to coach the rebuilding Cavaliers to try for another title next year.

Gilbert hasn’t given any indication about what his succession plan is for the team is, although each of the major leagues requires owners to inform them of these plans. Placing a team in a trust is a frequent practice. This can protect an owner’s heirs from federal estate tax bills that can run into the hundreds of millions of dollars for pro sports franchises (spouses are exempt from estate taxes, but not children).

Entrusting an asset will freeze its value under federal gift tax law at the time it was placed in the trust—that’s a way an owner can decrease the eventual tax bill. However, because professional sports team values have been skyrocketing with huge TV deals and other revenue streams, the tax value of a team can be staggering, even for the wealthy.

Another strategy is for a sports team owner to buy an insurance policy. The proceeds can pay the estate taxes, so heirs don’t struggle with tax bills, which sometimes can force a team sale. This occurred when the estate tax bills from the IRS precipitated the sale of the NFL’s Miami Dolphins in 1993 and St. Louis Rams in 2008. The Lerner family had to sell 40% of its stake in credit card giant MBNA to pay its estate tax bill, when Cleveland Browns owner Al Lerner died in 2002.

Another Detroit businessman, Ralph Wilson, owned the Buffalo Bills. Upon his death at age 95 in 2014, he had arranged for the team to be sold by his estate to benefit the Ralph C. Wilson Jr. Foundation. Wilson’s decision was part of an overall estate plan that was done well.