« Can More Than One Person Serve as Executor? | Main | Is There a Succession Plan for the Cleveland Cavaliers and Dan »

Is a Prenup Still a Sticking Point for Kylie Jenner and Travis Scott? 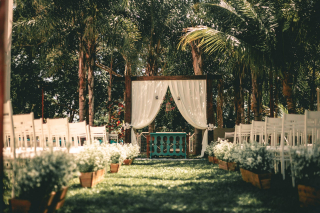 Even the most glamourous people run into a few bumps on their way to the alter, and Kylie and Travis seem to have their share. She’s ready to marry, even open to eloping, say sources, but that prenup is the big unknown.

Radar reports, in the story “I Do! Kylie Jenner & Travis Scott To Wed In Low-Key Summer Wedding,” that those who follow the young couple also know that 21-year-old Kylie and Travis’ relationship has had some rocky days, after his alleged cheating scandal.

“It burns away at Kylie that they had [their daughter] Stormi out of wedlock. However, at the time their relationship was shaky and then things got pushed onto the back burner because they couldn’t figure out a prenup agreement that suits them both,” a source told Radar.

“Kylie got anonymous messages from a woman claiming to be Travis’ side piece,” a source told Radar. “The woman had no proof, but Kylie flipped out.”

Scott denied the affair and professed his love for Kylie during a show at Madison Square Garden in New York a few days later. Kylie reportedly placed some strict rules in their relationship, and they’ve patched things up.

With everything, Kylie is hoping she and her fiancé can exchange vows by summer. In fact, she’s even gotten some inspiration from one of the Jonas brothers.

“She loves what Sophie Turner and Joe Jonas just did and is brainstorming something similar,” the source said about Kylie’s wedding plans. “This won’t be a family-planned event though, as Kylie sees herself above the whole KUWTK [Keeping Up with the Kardashians] circus these days.”

“Kylie thinks KUWTK has run its course,” an informant shared. “She is just so busy with Kylie Cosmetics that she doesn’t have time to deal with the long hours it takes to film.”

One would think that with her estimated $900 million fortune, she’ll ask Scott to sign a prenup. A prenuptial agreement (or “prenup”) is a written contract drafted for a couple before they get married. The agreement will usually detail the property each person owns (and any debts). It also stipulates what each person's property rights will be after the marriage.

Even those without multi-million estates need to give serious consideration to a prenup, especially if one partner has significantly more assets than the other, or is expecting an inheritance. Speak with an attorney to prepare a prenup that honors both people’s wishes and also discuss an estate plan.