« Any Taxes on Gift From Billionaire to Graduating Morehouse College Students? | Main | No Need for Veterans to Pay for Help in Applying for Benefits »

How Will New Legislation on Retirement Change RMD Age? 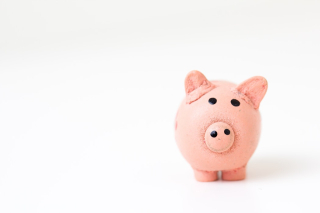 Legislation was reintroduced by Senators Ben Cardin and Rob Portman that will raise the RMD age to 75. There’s some overlap from their Retirement Security and Savings Act of 2019 with provisions in the Retirement Enhancement and Savings Act (RESA) of 2019, but overall, the bills are focused on improving the chances for Americans to successfully prepare for retirement.

Think Advisor reports in the article “New Retirement Bill Would Boost RMD Age to 75” that the RESA bill, which was introduced by Senate Finance Committee Chairman Chuck Grassley, R-Iowa, and ranking member Ron Wyden, D-Ore., is similar to H.R. 1994, the Setting Every Community Up for Retirement Enhancement (SECURE) Act of 2019. The latter bill is expected to get a vote on the House floor very soon.

The bill would also broaden the ability of employer-sponsored 403(b) plans to offer collective investment trusts (CITs). A CIT is a mutual fund-like vehicle used in some 401(k)s and pension plans that can help plan sponsors save on expenses.

The Insured Retirement Institute, a lobbying group for the annuity industry, added its support for the bill.

“Section 117 [of the bill] would level the playing field, by providing insurance products with the same exemptions as CITs,” the group said in a letter to senators, sparking “a robust and competitive marketplace which is vital to ensure Americans have access to the appropriate savings option for their financial situation.”

The student loan portion of the bill is addressed in the Retirement Parity for Student Loans Act, reintroduced by Senate Finance Committee ranking member Wyden and four colleagues. This would allow employers to make matching contributions to a retirement plan, while employees make student loan payments.

Retirement bill should be adopted globally for the benefit of all employees. The retirement bill will also benefit people who inherit retirement accounts instead of being able to stretch withdrawals over their lifetime.

Retirement bill changes everything; it’s a massive shift in the paradigm of life after employment.