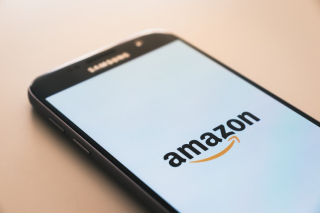 When personal wealth is measured in billions, there are no lack of advisors and strategies that can be used to protect income, investments and shares of a business from the IRS or matrimonial attorneys. News about the divorce of Amazon’s Jeff Bezos reports that he’s handing over 25% of his controlling stake in Amazon.

According to this article from WealthAdvisor, “Bezos Besieged: Was $35 Billion Divorce The Most Expensive Wake-Up Call Ever?” Bezos never moved this company stock into a trust. The divorce settlement of 25% of Amazon with his ex-wife MacKenzie is really a bargain, despite the fact that it means whittling at least $35 billion off his net worth.

Bezos still has 59 million shares, a 12% stake in the company, as well as voting rights on all her stock, for as long as she owns it, which still gives him control.

Bezos’ mistress also recently just filed for divorce, so if he wants to protect his remaining $108 billion in Amazon stock and eliminate the risk of marital history repeating, he should make some plans. A prenuptial arrangement is definitely needed for any future marriage. And yet, he won’t be struggling, even if there is a second marriage and it too ends without a prenup.

Bezos could live an extravagant life, running through $1 billion a year and still have plenty of money to live on.

For now, the company continues to depend upon his vision. Amazon began as an out-of-the-box idea. He’s grown the company into a world-changing force, and the Amazon most of us deal with, is just a small part of it. There’s no doubt he’ll continue.

In addition to consideration of wealth protection and prenups, Bezos should start thinking about his legacy and a succession plan. At age 55, he’s far from done being a visionary, but it would be wise for him to make a plan to gradually remove himself from the day-to-day Amazon operations. He’ll want to develop the next generation of visionaries, who can continue his course.