« How Prepared Are You for This Retirement Health Cost? | Main | A Real Hawaiian Princess and the Attorney General Who Ruled Against Her » 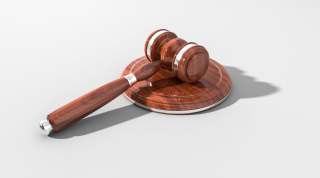 There were relatives of people who had died while under her care and people who read statements from elderly victims, who were simply too weak or sick to come to court to look her in the eye. They lost thousands of dollars, heirlooms of great monetary value and family possessions that were irreplaceable. They were put under her care, and their stories were not easy to hear.

The Las Vegas Journal-Review reported in a recent article, “Ex-Nevada guardian to serve up to 40 years behind bars,” that as victims wept and told their stories of suffering during a court hearing, a shackled and seated April Parks kept her head turned and never looked their way.

Karen Kelly, Clark County’s public guardian, read through a long list of names of seniors who were victimized and lived under “intense anxiety and anguish” for the final years of their lives because of Parks and those who worked closely with her. Parks’ business partner, Mark Simmons, and her husband, Gary Neal Taylor, also were ordered to serve time in prison. In addition, the judge ordered the three defendants to pay more than $500,000 to their victims. Parks, 53, pleaded guilty last year to exploitation, theft and perjury charges.

One woman, Barbara Ann Neely, said Parks separated her from family and friends, saying, “She was not a guardian to me.”

Neely said. “She did not protect me. As each day passed, I felt like I was in a grave, buried alive.”

Another victim compared Parks to Hitler.

The 53-year-old Parks told the judge that she accepted responsibility “but never intended harm,” adding that “things could have been done better. … We were a group practice, and honestly I think some things got ahead of us.”

She claimed that she had a “great passion” for guardianship and took “great care and concern” in her work.

How one person could have harmed so many people is hard to imagine. However, she was one of the most active private professional guardians in the state and had been given complete control of the financial  and medical needs and estates of as many as fifty to one hundred elderly and mentally incapacitated people at a given time.

The case shines a light on a system that is clearly not working for the people it is intended to benefit.

Las Vegas Journal-Review (January 4, 2019) “Ex-Nevada guardian to serve up to 40 years behind bars”